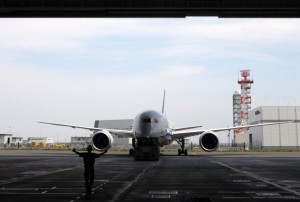 A Boeing Co. 787 Dreamliner airplane built for All Nippon Airways Co.(ANA) is pulled into a hangar during a media preview at Haneda Airport in Tokyo, Japan, on Monday, July 4, 2011. All Nippon Airways Co.’s first service with a Boeing Co. 787 will be from Tokyo’s Haneda airport to either Hiroshima or Okayama, according to a statement today. The first Dreamliner is due to be delivered to ANA in either August or September. Photographer: Tomohiro Ohsumi/Bloomberg via Getty Images

President and CEO, Jason P. Kwon founded GSP from the ground up and is committed to providing great service.

"I know our product is in good hands when Jason Kwon at GSP arranges our freight. Jason has proven to be very knowledgeable, reliable and trustworthy." —Joan Bevis View All →